Monumentalism is a visual study of ideological architecture and design. Every photograph on this site was taken by Darmon Richter, a British researcher who has spent the last decade exploring the post-communist world with his camera. To use any of these images, please get in touch.

Read more about this project here; find in-depth essays about many of these locations on Ex Utopia; or join one of Darmon’s tours to see these places for yourself.

Since 2015, Darmon has designed and led tours to sites of communist-era architectural heritage in Bulgaria, Romania, Serbia, Croatia, Bosnia & Herzegovina, Ukraine, Moldova, and the unrecognised republic of Transnistria.

Find out more about upcoming departures at Ex Utopia / Tours.

In 2020, Darmon authored his debut book, Chernobyl: A Stalkers’ Guide. Find out more about it here. 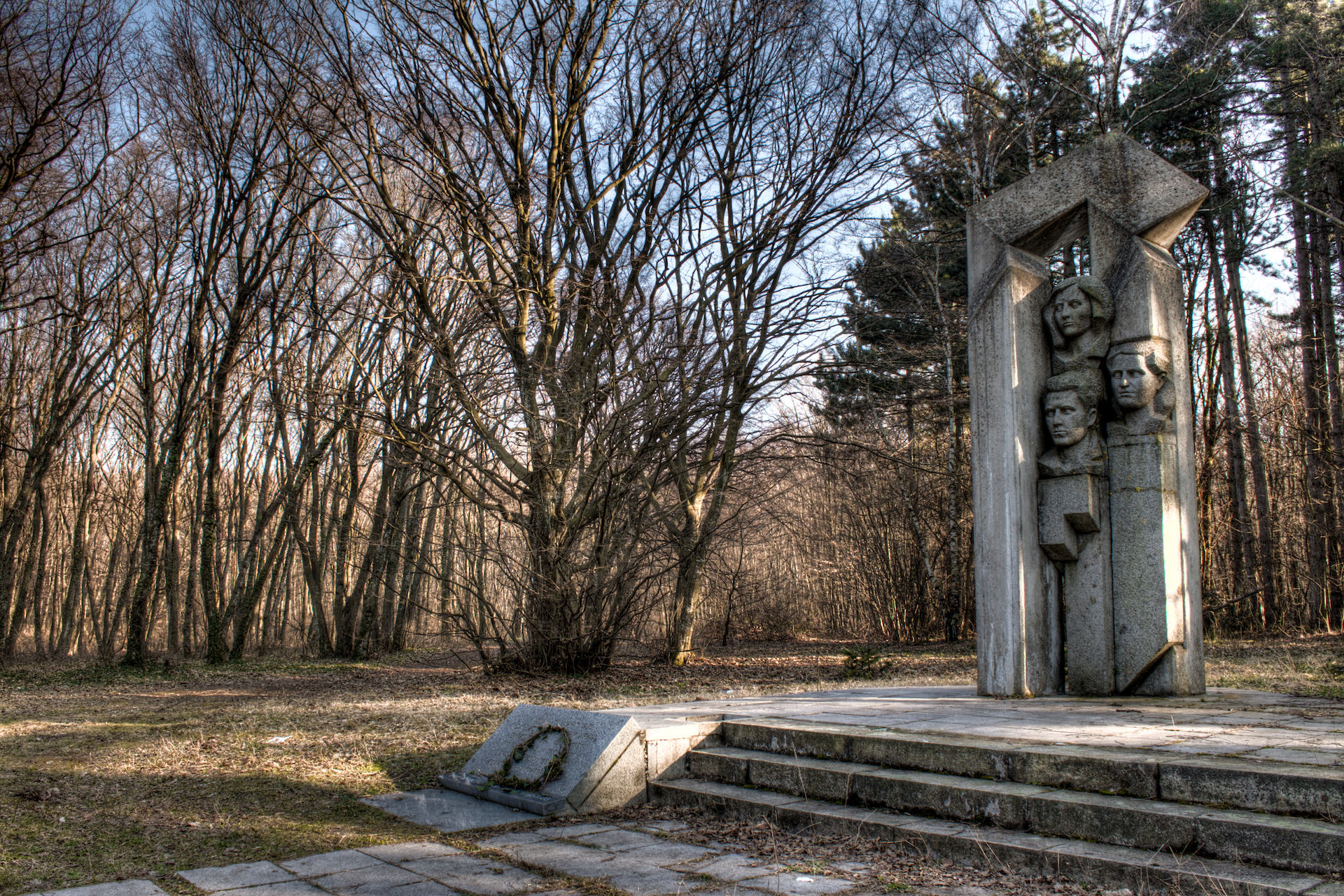 This monument marks the place where on 19th March 1933, three students were kidnapped, killed, and secretly buried on Ilchov Bair Plateau above Shumen. They were aged 22, 23, and 27 years old. The students had been members of AMI-Yadka (АМИ-ядка), an anti-military group with the Shumen branch of the Bulgarian Communist Party. The group members carried no weapons, rather dedicating themselves to the propagation of socialist (and thereby, anti-state) literature. Following the 1917 Socialist Revolution in Russia, and later, after an attempted communist coup in Bulgaria (the 1923 ‘September Uprising’), communist groups throughout the country were subject to surveillance and persecution. The monarchist Bulgarian state formed special military task forces for combatting anti-state activities, including a group named ‘Producer’ (‘Продуч’) which would become notorious for its brutality. On 18th March 1933 four armed members of Producer, dressed in civilian clothing, tracked the three students and their colleague Corporal Hristo Nikolov Kapitanov (a soldier in the 3rd Engineer Regiment) to Ilchov Bair Plateau just outside Shumen. It was later reported that the four victims were beaten, tortured and then unceremoniously killed in the forest, to be buried in hastily dug graves. The perpetrators were tried on 9th September 1945, though received no sentence. That same year the victims’ remains were unearthed, to be reburied in their hometowns. The monument at Ilchov Bair Plateau was created in 1983, at the initiative of the Shumen Komsomol. It was believed at the time that Corporal Hristo Kapitanov, the fourth victim, had somehow betrayed his colleagues, and so his name was not included on the monument – only those of the three students. Years later though he would be exonerated, and even now a socialist group in Shumen is campaigning to have Kapitanov’s name added to this monument. The Monument to the Students is located close to Shumen’s much larger Monument to the Founders of the Bulgarian State. It consists of an upright stone pillar carved with three busts representing the victims, while an engraved panel in front of the monument reads: Here on 19 March 1933 fascists brutally killed Dimo Penchev – 1910-1933 Mara Baleva – 1911-1933 Tsviata Hristova – 1906-1933 Eternal Glory to the Heroes!

Monument to the Students